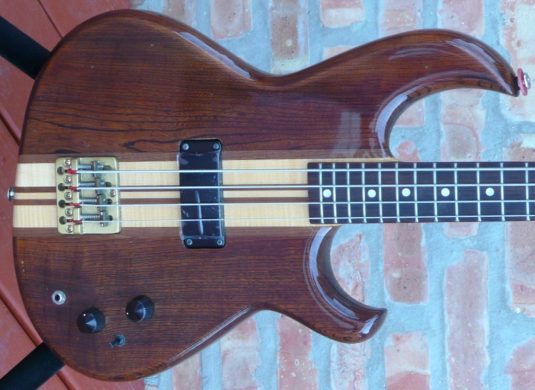 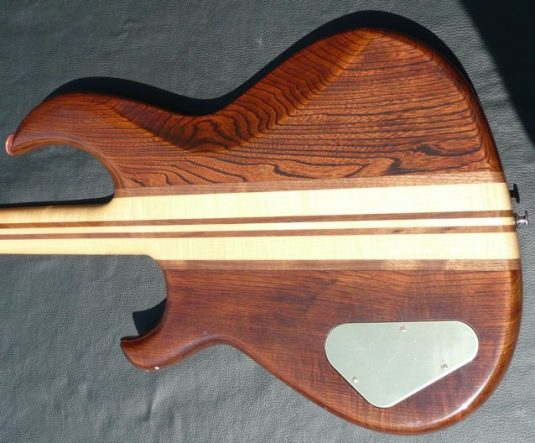 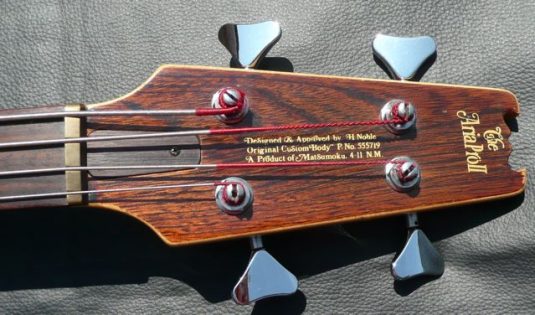 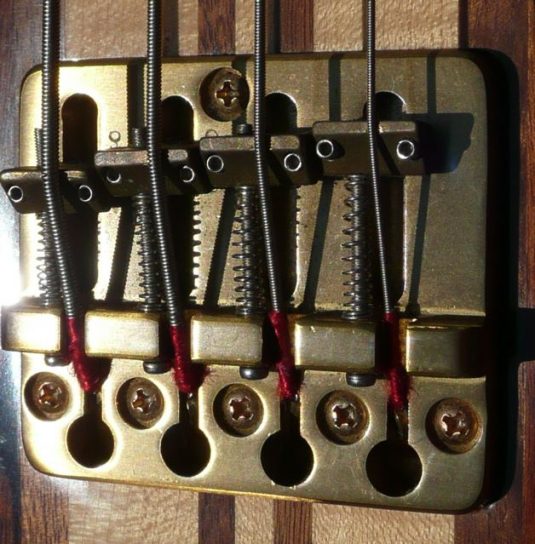 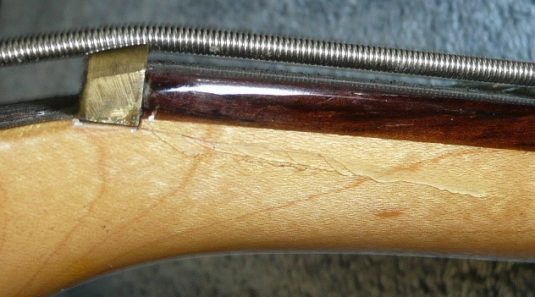 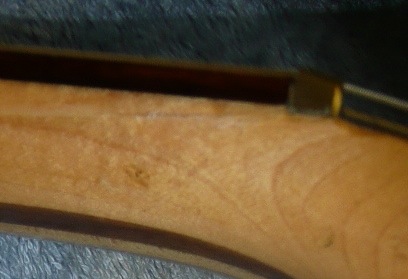 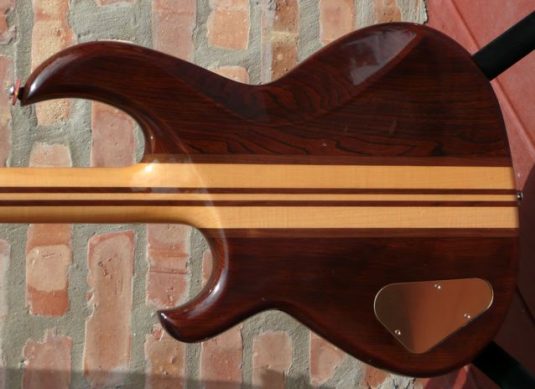 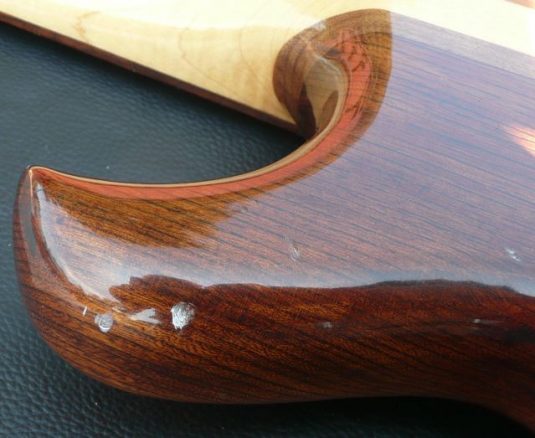 Thru the mid-late ’70’s and into the ’80’s, some major US brands were in a real ‘down’ era. Quality suffered, and some Japanese makers stepped up their game to fill in this void.

Matsumoko was one of these makers. They made instruments for many companies, one of which was Aria. Astute observers at the time took note that the quality offered by Matsumoko was as good as or better than that offered by the more well known US companies. Everyone needs a kick in the pants sometime, a wake up call.

Note the pro neck repair, done in 2011 by Cincinnati based tech Justin Kennedy. The bass has been tuned to pitch since and remains stable and strong.